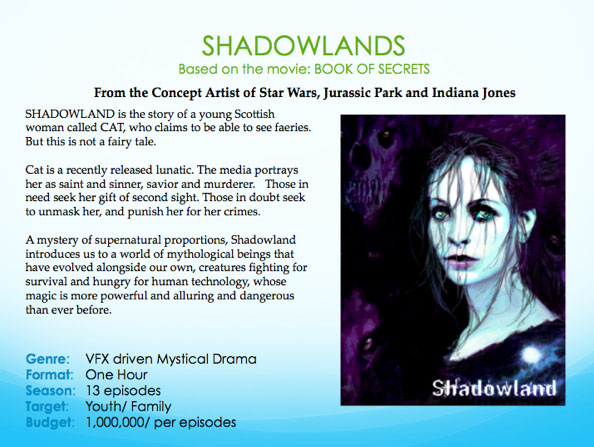 Based on the movie: BOOK OF SECRETS. From the Concept Artist of Star Wars, Jurassic Park and Indiana Jones.

Shadowland is the story of a young Scottish woman called CAT, who claims to be able to see faeries. But this tale is not a fairy tale.

Cat is recently released lunatic. the media portrays her as saint and sinner, savior and murderer. those in need seek her gift of second sight. Those in doubt seek to unmask her, and punish her for her crimes.

A mystery of supernatural proportions, Shadowland introduces us to a world of mythological beings that have evolved alongside our own, creatures fighting for survival and hungry for human technology, whose magic is more powerful and alluring and dangerous than ever before.